Mirror, Mirror (IMDB link)
"A dark twist on the classic fairy tale, in which Snow White and the seven dwarfs look to reclaim their destroyed kingdom."

Snow White and the Huntsman (IMDB link)
"In a twist to the fairy tale, the Huntsman ordered to take Snow White into the woods to be killed winds up becoming her protector and mentor in a quest to vanquish the Evil Queen."

The Theron/Stewart/Hemsworth trailer has about 150% of the RDA of Awesome. I am definitely seeing that one. I'm dubious about the Roberts/Collins one, but will probably see it anyway.

As of today, I have been working at Microsoft for fourteen years.

This is just slightly less than one-third of my life. 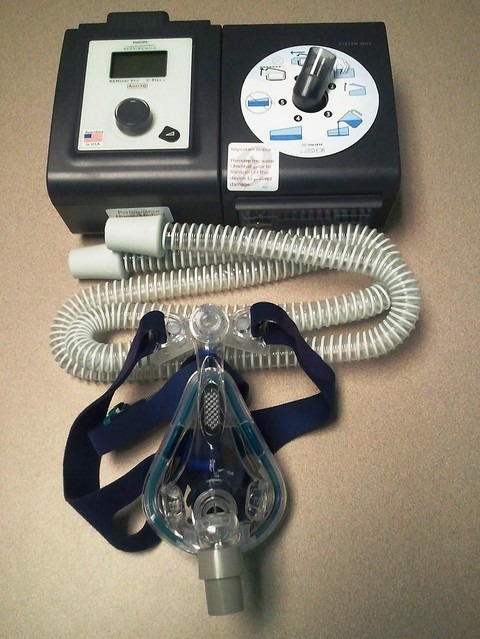 So here are a couple of things that happened: 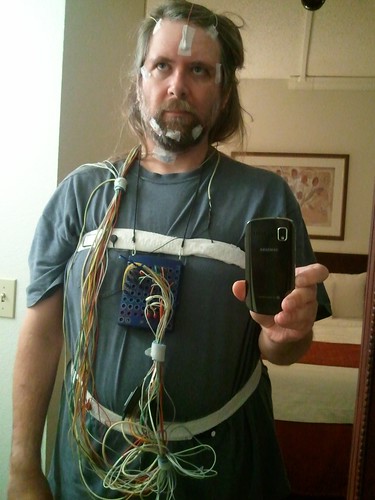 Yes, it's true: I have joined the Borg collective.

Actually, no: this is me all wired up for a sleep study; the most comical part of which -- other than what I look like there -- being that they expect you to sleep like that. Apparently the electrodes told them that I have this little habit where I stop breathing twenty-three times every hour that I'm asleep, which it turns out is considered "moderate" sleep apnea. So I get to join the collective of people who get to sleep with a Darth Vader mask, or at least I will as soon as they get around to issuing me one. I can't say I'm thrilled by that idea, but on the other hand the notion of not killing my brain with oxygen deprivation has a certain appeal to it.

In entirely unrelated news, my church encouraged people to come in costume today, and when our priest Fr. Pete saw me dressed like this: 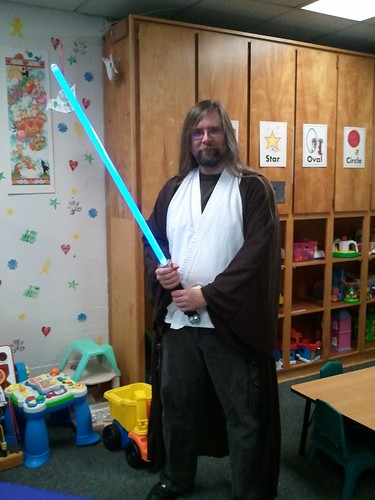 Not bad, not bad at all; but I think I liked it better when it was called Neverwhere.

Man, it's been quite a while since I posted to LJ, hasn't it? What's been going on in the world of Rossness?

Things that happened this summer:

The Mari came to visit. The Mari would be my sister Linda, her husband John, and my nephew Rick. They were conducting a whirlwind tour of the west coast -- or at least parts of it -- and stayed with me for a couple of days. We took Rick to see the locks and the fish ladder -- he saw a giant fish, which was pretty cool -- and then we went to the Pacific Science Center. I'm told that horseback riding with Grandma Diane blew the locks out of the water (so to speak) but I think Rick still approves of Seattle.

I drove a Bug in the Pride Parade. It was a "Standing on the Side of Love Bug." How did this come about, you ask? One of my Seattle University theology friends was responsible for organizing the Unitarian Universalist contingent in the parade, and she needed someone who could drive a stick, very slowly, in the middle of a heavy crowd. Apparently this is a small pool.

Also, this is a thing that happened at the Pride parade: 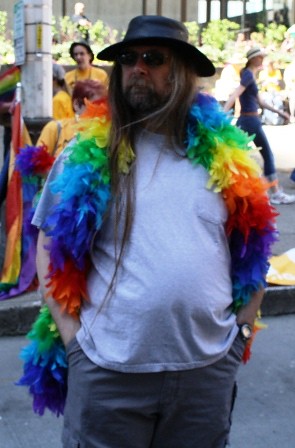 This was my Facebook profile picture for a brief period, but I took it down lest it give someone the false impression that I might someday wear a color.

I took two weeks off work and didn't go anywhere. It was awesome. 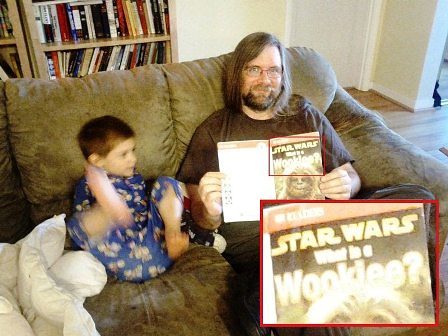 ETA: I saw my godson make his stage debut in Grease. This was through the Olympia program Kids at Play, which, by the way, if you're looking for somewhere to put your donatin' dollars, you could do a lot worse. Just saying. Nick played a nerd, and loved it.

ETA: I preached again. I have, however, been extremely lax, and have not yet transcribed it onto my web page. I shall do so soon! however, and post a note here when I have done so. Promise.

I saw the movie Cowboys and Aliens. One thing you have to say about this movie: it delivers what it promises. Cowboys? Yes. Aliens? Also yes. Also a shirtless Daniel Craig and a cranky Harrison Ford, assuming one is into either of those things. Actually I thought it was a pretty good fluff movie.

I saw Les Miserables with the Hayeses. I first saw Les Miz mumblemumble years ago, in LA, when I was at Tech. I've listened to the soundtrack, at a conservative estimate, a million billion times. I like the show, is what I'm saying. It's playing at the 5th Avenue in Seattle, and so the Hayes clan and I went to see it. It was a really good production, I thought -- a much smaller stage than the show I saw in LA, but they made excellent use of it and very creative use of a scrim -- and they had a very strong Valjean and a very strong Eponine. I had a blast.

So it's been a good summer, is what I'm saying.

Forty-three is the 14th smallest prime number. The previous is forty-one, with which it comprises a twin prime, and the next is forty-seven. 43 is the smallest prime that is not a Chen prime. It is also the third Wagstaff prime.

43 is a centered heptagonal number.

43 is the largest natural number that is not an (original) McNugget number.

This is the smallest number expressible as the sum of 2, 3, 4, or 5 different primes:

The date magic square at right illustrates the magic constant as the sum of four primes:

When taking the first six terms of the Taylor series for computing e, one obtains

which is also five minus the fifth harmonic number.

Almighty God, our heavenly Father, in whose hands are the living and the dead: We give thee thanks for all thy servants who have laid down their lives in the service of our country. Grant to them thy mercy and the light of thy presence; and give us such a lively sense of thy righteous will, that the work which thou hast begun in them may be perfected; through Jesus Christ thy Son our Lord. Amen.

That is to say, Priest the movie. Here, have a trailer.

I'll spoil the plot for you: Paul Bettany engages in irrelevant heroics while Maggie Q saves the day.

Also, the future is once again badly lit. They have super-tech solar-powered jet-motorcycles, but building a light bulb that doesn't flicker or go out all the time is a mystery that continues to elude them.

Also also, the movie is unclear on the fact that "priests" are not a group in the church distinct from "the clergy." On the other hand, priests in this world are also a cadre of bad-ass superhuman ninja warriors, so perhaps the sacrament of orders works differently in Dimly Lit Dystopiastan.

Also^3, the villain is named in the credits "Black Hat." He doesn't tie anyone to the railroad tracks, but there is a train involved.

All together, it was about what I expected; and I think Seattle U let me down by not teaching a class in crucifix-ninja-star-throwing.

That's great, it starts with an earthquake, birds and snakes, an aeroplane; Lenny Bruce is not afraid. Eye of a hurricane, listen to yourself churn, world serves its own needs, dummy serve your own needs. Feed it off an aux speak, grunt, no, strength, the ladder starts to clatter with fear, fight down height. Wire in a fire, representing seven games, and a government for hire and a combat site. Left of west and coming in a hurry with the furies breathing down your neck. Team by team reporters baffled, trumped, tethered cropped. Look at that low playing! Fine, then. Uh oh, overflow, population, common food, but it'll do. Save yourself, serve yourself. World serves its own needs, listen to your heart bleed, dummy with the rapture and the revered and the right -- right. You vitriolic, patriotic, slam, fight, bright light, feeling pretty psyched.
Collapse